With on-trade struggling and online thriving, there’s never been a more interesting time to sell spirits in the UK. Here’s how to thrive.

Do you want the good news or the bad news? The good news is that Britons are buying a lot more to drink at home; the bad news, of course, is that they’re drinking vastly less away from the comfort of their own sofas. Covid-19 has reshaped and remodeled the British drinking experience in a way that will probably outlast the virus’s potency, and it means that those aiming to sell booze to Brits might need to change their approach.

The statistics are fascinating. Spirit sales rose 35 percent in the off-trade in September, with gin and rum doing particularly well. Figures from the Wine and Spirit Trade Association back that up; while overall alcohol sales slumped by 20 percent between April and June, rum sales leaped 38 percent compared to the same period in 2019 - that’s an extra 1.3m bottles sold. Such has been rum’s success that WSTA chief executive Mike Beale named it the drink of lockdown.

“Our latest numbers show that rum is lockdown’s champion, as the experimentation Brits liked to enjoy in pubs and bars carried over to their homes,” he says. “However, this also underlines the importance of on-trade venues as the shop window for new innovations in the spirits category. With news of further restrictions being placed on the hospitality sector [in October], the climate for our distillers continues to get tougher.”

How best to tackle the ever-evolving British spirits market, which is defined by a strong local presence, a thirst for interesting new flavours, and this strong switch to home-drinking? Here are some thoughts as to how you can help your importer sell more product, with Britain moving back into lockdown as of the beginning of November.

Importers, like distributors, want products that are easy to sell. At the moment that might be rum, which is selling like hotcakes, or gin, whose hot-cake era must surely begin to slow down at some stage. Whisk(e)y, despite the hype about its rivals, still held all ten top spots in the biggest sellers list for 2019, comprising six Scotch and four American brands; could Japanese whiskey, or indeed whiskey from anywhere, capitalise on latent that popularity by offering something slightly different? Irish whiskey has shown impressive growth in the past 18 months.

And what about non-alcoholic spirits like Seedlip, launched in 2014 and now at the forefront of a growing wave of similar drinks? Zeo, created by bartender Simone Caporale, claims to be the UK’s first ‘realistic’ non-alcoholic gin; it launched in November and should be an interesting one to watch.

Sometimes, what a bottle represents is as important as what’s inside. Does whisk(e)y need to be made in Scotland? No. Does it feel better when it is? Absolutely it does, because that’s a story we all understand: Scotch is part of a mythology taking in misty Highland peaks, convivial hostelries and a culture that dates back centuries.

When it comes to telling a story, though, even the Scottish have to pay tribute to their Irish cousins. We’ve seen Irish Whiskey climb off the canvas in recent years, and now cream liqueurs (invented in Ireland in the 1970s) could be about to follow, if McCormick Distilling, the manufacturers of Five Farms, a new Irish cream, are successful. They’ve certainly got a story to tell. 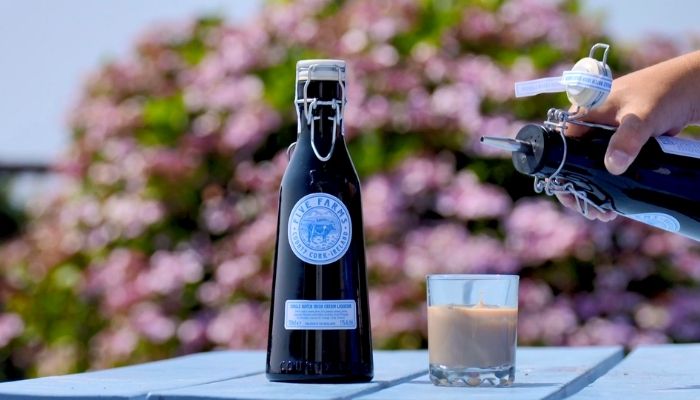 “I wanted to make a high quality, premium liqueur, but I wanted to go back to the land, back to where cream liqueurs were created in Ireland a long time ago,” says Johnny Harte, co-creator of Five Farms. “The conditions in County Cork made it ideal. There is a micro-climate there, as it is where the North Atlantic drift or Gulf Stream first meets the Irish coastline. That means in Ireland it’s where most grass is grown for the longest part of the year and the cows can stay on the grass for longer, too.

“Milk and cream lustre comes from the grass the cows eat. Five Farms is the only cream liqueur in the world that comes from cows fed exclusively on grass. I also wanted to go back to the origins of Irish cream and use the most Irish whiskey in the drink as that no longer happens elsewhere. The result is a truly robust Irish cream that people will taste the difference in when they try it. It celebrates the culture of farming in Ireland, the dedication of the farmers and that’s why we called it Five Farms.” That’s a good and compelling story.

If you don’t fancy following the crowd, then you need to make sure you’re doing something that will attract attention. Sometimes that means capitalising on what’s going on in the world - like Manchester gin-makers’ Sis4ers’ new Home At 10 gin, which encourages drinkers to abide by Covid-19 rules - and sometimes it requires something a little more revolutionary. 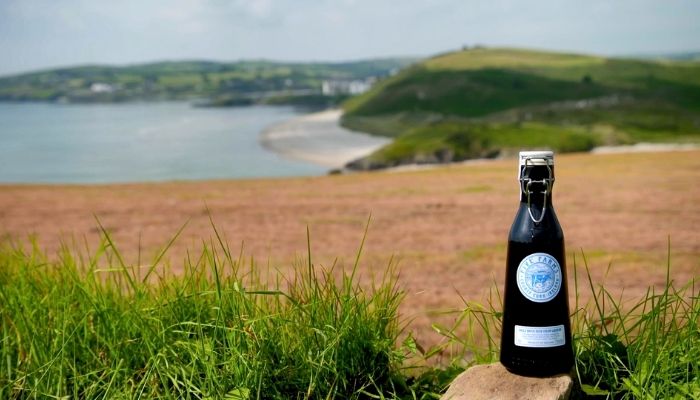 Like, perhaps, spirits in a pouch. In 2019 Scottish distillery Rock Rose launched its letter-boxed pouches, designed to reduce postage costs and the impact on the environment, and others have followed suit: Tincture, for example, and Bullards in Norwich. It’s a move that reflects what’s happening in other sectors - London-based Le Grappin has pioneered pouches or ‘bagnums’ in the wine world - and looks to have long-term appeal, particularly in a world where people are doing more of their drinking at home. Is there another idea like this that could catch on and change how Britons consume their spirits?

The article is contributed by Will Hawkes. He is a freelance journalist specialising in beer and travel. He is an author of Craft Beer London, a guide to the city's burgeoning beer culture, and a regular contributor to a host of publications including The Financial Times, The Guardian, The Washington Post and Beer Advocate.

London Spirits Competition has been created exclusively to helping drinks producers and brand owners get closer to the buyers, distributors, and retailers that can bring their products to market.

Put your spirits in front of top buyers and get rated by Quality, Value for Money, and Packaging.

If you're looking to get in front of a leading panel of top-level spirits buyers with current direct commercial buying responsibility in London, now is the best time to enter your spirits.

Deadline For Submission Is Approaching Fast.

Leading spirits brands from around the world now have an opportunity to grow their business and gain the attention of trade buyers and influencers within the UK spirits industry. Time to submit your spirits in the 2021 London Spirits Competition.