Indian Craft Spirits That Are Getting Noticed Globally

Some of the spirits produced in India are collecting accolades on an international level, and are competing next to the well-established spirit producing countries. Have a look!

A country like India does not come to mind when speaking about craft spirits. That is about to change when you taste some of India's whisky, gin or rum. Some of the spirits produced in India are collecting accolades on an international level, and are competing next to the well-established spirit producing countries. Currently, the country is one of the world’s fastest-growing spirits markets, where smaller brands can be very successful if they play it right. The small producers and distilleries there have understood that "craft" is more about the product than it is about the brand.

The Indian market has been dominated by blended whiskey and dark rum, but in the past decade, the gin and local liqueurs are getting very popular.

The history of spirit production in India is as early as the middle of the 20th century. The first whisky and rum distillery was established in Bangalore in 1948 producing now some of the country's finest whiskies. It also has some very unique spirits like the Feni. It originates from Goa, and it is made with either cashew (the nut is the fruit's seed) or with coconut palm sap and its Sanskrit name means "froth."

A speciality is also the Royal Heritage Liqueur based on recipes created by royal families from Rajasthan. In the history of India, there were many small kingdoms in Rajasthan until Indian independence in 1947, and each had their own recipes for liqueurs based on herbs and spices usually with the presence of saffron.

Another spirit which has always been part of the drinking habits of India is the gin. In the past decade, the consumption of gin has made the country the fifth largest market in the world. There are numerous craft gin distilleries in Goa and the metropolitan cities like Delhi and Mumbai. The concentration of the production in these areas is because drinking is allowed and the laws permit its sales and consumption.

There are some truly unique gins produced in India like the Terai inspired by the region with the same name, made with recipe showcasing 11 botanicals including juniper berries, lavender, holy basil, coriander, lemon peel, orange peel, orris root, almond, angelica, fennel and rose. Most of them are sourced from Asia’s largest spice market Khari Baoli in New Delhi. 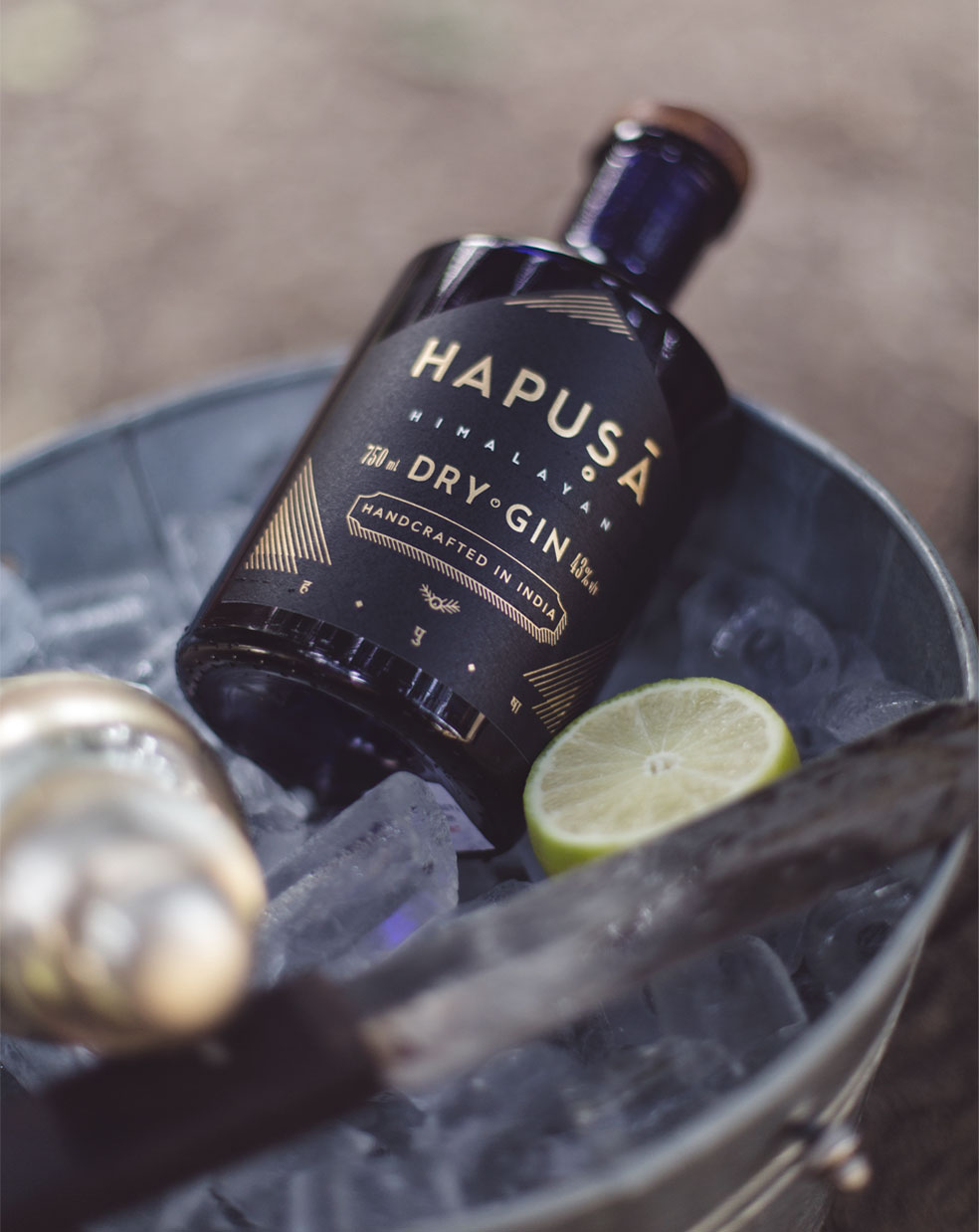 Another Craft gin is the Hapusa made by the company Nao Spirits and is a gin that tells the story of India and its spices. ‘Hapusa’ means ‘juniper’ in Sanskrit, and is the world’s first Himalayan Dry gin, with the juniper berry sourced from the region. The gin is well-balanced and it takes you to the dense forests of the Himalayas, and the tasting notes are a mix of citrusy-nutty flavours that are clean and bold.

Not to be forgotten are the whiskies of India which have been proving their high-quality on numerous international competitions. One of the best and rarest of all is Solan N 1 single malt whisky brewed in one of the oldest existing distilleries in the Himalayas by Mohan Meakin.

Another one is the Amrut Fusion Single Malt Whisky made in Bengaluru by Amrut Distilleries offering a blend of Scottish and Indian barley, a classic. And the award-wining Paul John Oloroso Select Cask blend from Goa. There are many other craft producers and distilleries which are striving for the best quality possible.

Overall, the quality of the spirits in India is far superior for their price, and spirit lovers all over the world are trying to get hold of them, making already some of them a very rare catch. The demand from abroad is increasing, and now Indian whisky and gin can be found in the most exquisite bars and restaurant in the world.