The Formal Whiskey Tasting Etiquette of Professionals might Confuse Novice Whiskey Drinkers. Here is the Guide for Beginners.

Despite the growing popularity of whiskey, many people have never actually been to a public tasting, such as one arranged by a restaurant, bar or hospitality venue (such as a hotel). As a result, much of what actually happens at a whiskey tasting is shrouded in mystery. Moreover, whiskey purists often try to impose their own view of formal whiskey etiquette on others, making it a much more challenging hurdle for many novice whiskey drinkers to cross. With that in mind, here’s a guide to making your next whiskey tasting both enjoyable and approachable.

Don’t spend too much time on the glassware 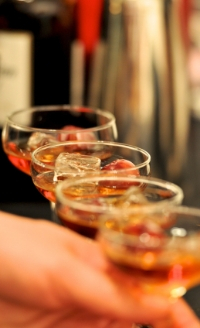 For whiskey purists, a great whiskey tasting starts with the glassware. They will often expect that all whiskey be poured into crystal Glencairn glasses, which have been specifically designed to capture all the nuances of flavour and aroma of a whiskey. But here’s the thing – if you are arranging a whiskey tasting for novices, you don’t need to spend so much on the glassware. While you probably don’t want to drink whiskey out of plastic Dixie cups, there’s no reason why you can’t drink whiskey out of small wine glasses.

In fact, the typical glass that you encounter at a whiskey tasting will look very much like a wine glass. It will have a shape similar to a tulip bulb, and this unique shape is what helps to concentrate the vapours of the whiskey and, in general, makes for a better nosing. This is all about the science of whiskey, and not about the aesthetics. In other words, this iconic shape is what helps the taster to discover all the nuances of the whiskey, and has nothing to do with the way it looks. It’s the same principle, really, as at any wine or beer tasting – you want to select a glass that will bring out the true expression of the alcohol beverage that you are drinking.

Get the room right 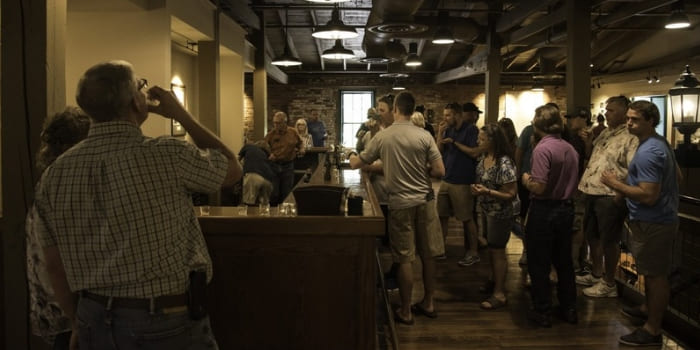 It almost goes without saying that there are certain types of locations that are best for conducting a whiskey tasting. Paramount is the need for the tasting to occur at room temperature, which is usually defined as a temperature ranging from the mid-60’s to the mid 70’s. You also want to make sure that there are no competing smells or aromas coming from elsewhere. That’s why restaurants, when they conduct whiskey tastings, typically host them in private rooms that are as far away from the kitchen as possible.

Learn how to swill your glass 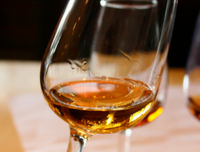 One of the keys to unlocking the full flavour potential of the whiskey is knowing how to swill (or “swish”) your glass. This is simply a circular motion that distributes the liquid around the interior o the glass in a gentle way that avoids spilling any of the liquid over the rim of the glass. The goal here is to coat the interior of the glass with whiskey, thereby unlocking the vapours. At the same time, the gentle splash of the liquid against the wall of the glass will leave behind “legs,” which are the tiny stripes of liquid that drip back down into the glass.

Observe the appearance of the whiskey 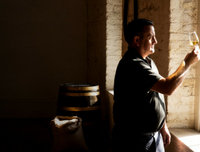 At the same time, observe how the whiskey appears in the light. Hold the glass of whiskey up to a good, indirect light source and observe the colour. Also, note how the whiskey fluid itself helps to reflect or filter light.

The art of the nosing 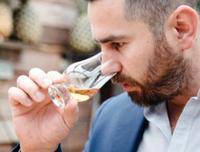 To casual observers, the nosing process – in which a taster inhales the vapour of the liquid – might seem a bit pretentious. Aren’t we here to taste – and not smell – the whiskey? But the most powerful sense that we have is the sense of smell, and the way a whiskey smells is very important.

To get the nosing right, practice placing your nostrils over the rim of the glass. As a general rule of thumb, you want to hold your nose at least a half-inch away. And you want to sniff carefully the vapours, not a dramatic inhaling. You might want to do several nosings, just to get things perfect. With each successive nosing, you can move your nose deeper into the glass. Moreover, you can experiment with using just one nostril at a time, rather than two. As you are doing this, makes notes about what you are smelling and detecting. As the whiskey begins to “open up” after spending time in the glass, you might begin to notice different aromas than earlier detected. 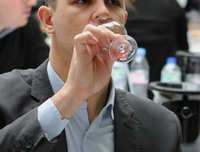 This is the moment of truth, right? The tasting is the moment when you take a sip of the whiskey and keep the liquid on the tongue for as long as possible before swallowing. As you do so, observe not just what you are tasting, but also the overall mouthfeel (i.e. texture) of the wine.

As you become more and more of an expert, you will probably come to the conclusion that smell is just as important, if not more so than taste. In fact, some whiskey experts claim that they can assess a whiskey simply by observing the nose of the whiskey and not even by sipping it. The key point here is that the total taste and aroma profile of a whiskey can be very complex, and the more you engage your senses of smell and taste, the more you will be able to discern.

Learning the lexicon of the whiskey industry

As a final tip, it’s worthwhile to learn the overall lexicon and terminology of the whiskey industry. For example, while you are free to use any terms you would like to describe a whiskey, there are certain terms that you will see over and over again, such as “smoky” or “peaty.” And, on the same note, it’s worth the time to understand how whiskies are aged, and how ageing within a certain type of wood cask (such as a sherry cask) can fundamentally change the character of a whiskey. If nothing else, it will give you a much finer appreciation for how the greatest artisanal distillers are able to create such complex tastes and aromas based on years of experience and experimentation.