Be it family-owned, craft distillers running micro options, to big branded spirits companies, the London Spirits Competition continues to change the lives of businesses across the world.

"Retailers and wholesalers who were ‘indifferent’ to our products are now queuing up at ‘our door’. The curiosity is has caused amongst the trade and public has increased our sales dramatically.”

As testimonials go that about hits every nail on the head, but that’s just one of the tens of responses that distillers and brand owners have had to pick up medals and awards in the London Spirits Competition.

This particular quote comes from the owners of Chalgrove Artisan Distillery in Oxfordshire, Jenny and Ben Clark, who are still enjoying the reaction there has been to its OX44 gin brand winning Best Gin in the UK and coming second in the overall Best Gin in the world category in the 2019 awards.
What’s even more impressive is they picked up the awards in only their first year of trading. 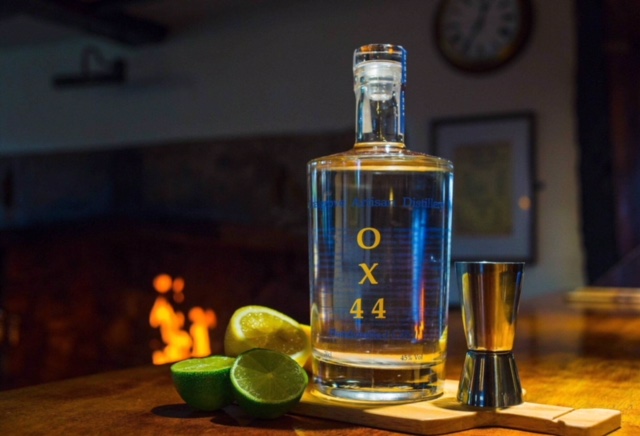 It is those behind the stories about the impact the competition can have on anyone who enters that shows how effective it is. Be it family-owned, craft distillers running micro options, to major multinational branded spirits companies, the London Spirits Competition continues to change the lives and fortunes of businesses across the world. 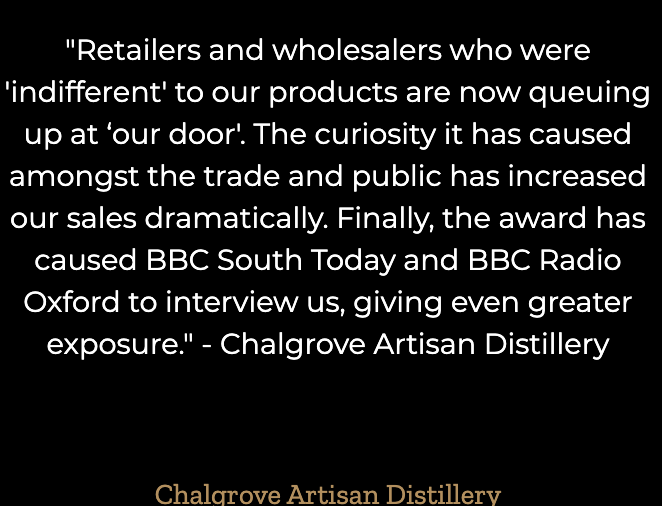 Now into its fourth year, the event was launched in 2008 with a clear and ambitious mission to be very different from all the major global spirits competitions.

This was to be a spirits competition that assesses the products entered in the same way a consumer would standing in front of the spirits aisle or waiting to be served at a top cocktail bar. What makes them want to buy a new spirit is essentially based on three key criteria: what the bottle it comes in looks like; how much it costs; and what it tastes like.

Often the taste aspect will be the last three of three factors a brand has to get right in order to convince a customer to ask a bartender to pour them the spirit, from the bottle they like the look of, into a glass.

To ensure the right products are being selected for medals, the London Spirits Competition is very careful to only ask individuals who have direct buying authority in the businesses where they work to take part.

It means the competition is being judged in the same way that products end up on retailers and bars’ drinks lists. To stand a chance of winning either a gold, silver or bronze, a product will have to stand out, be interesting, and meet all the quality, value, packaging and design criteria needed.

The competition now attracts entries from distillers from over 50 countries, all looking to benchmark themselves against their global competition. It is that international aspect that is particularly important to those brands that are looking to build exports in key markets and cities around the world.
Then there is the London factor. This is a city that is still recognised as one of the most influential and important centres for spirits and bars and restaurants in the world. If you can get your spirits listed on to the drinks lists of the top cocktail and style bars in London, then it is a great calling card to take to buyers all over the world.

Winning an award at the London Spirits Competition can open doors both in the UK, but also in other major cities globally.

But winning an award is only half the battle, to really make the most of any success you have, brand owners, distillers and distributors want to see those products being promoted to the right consumers. 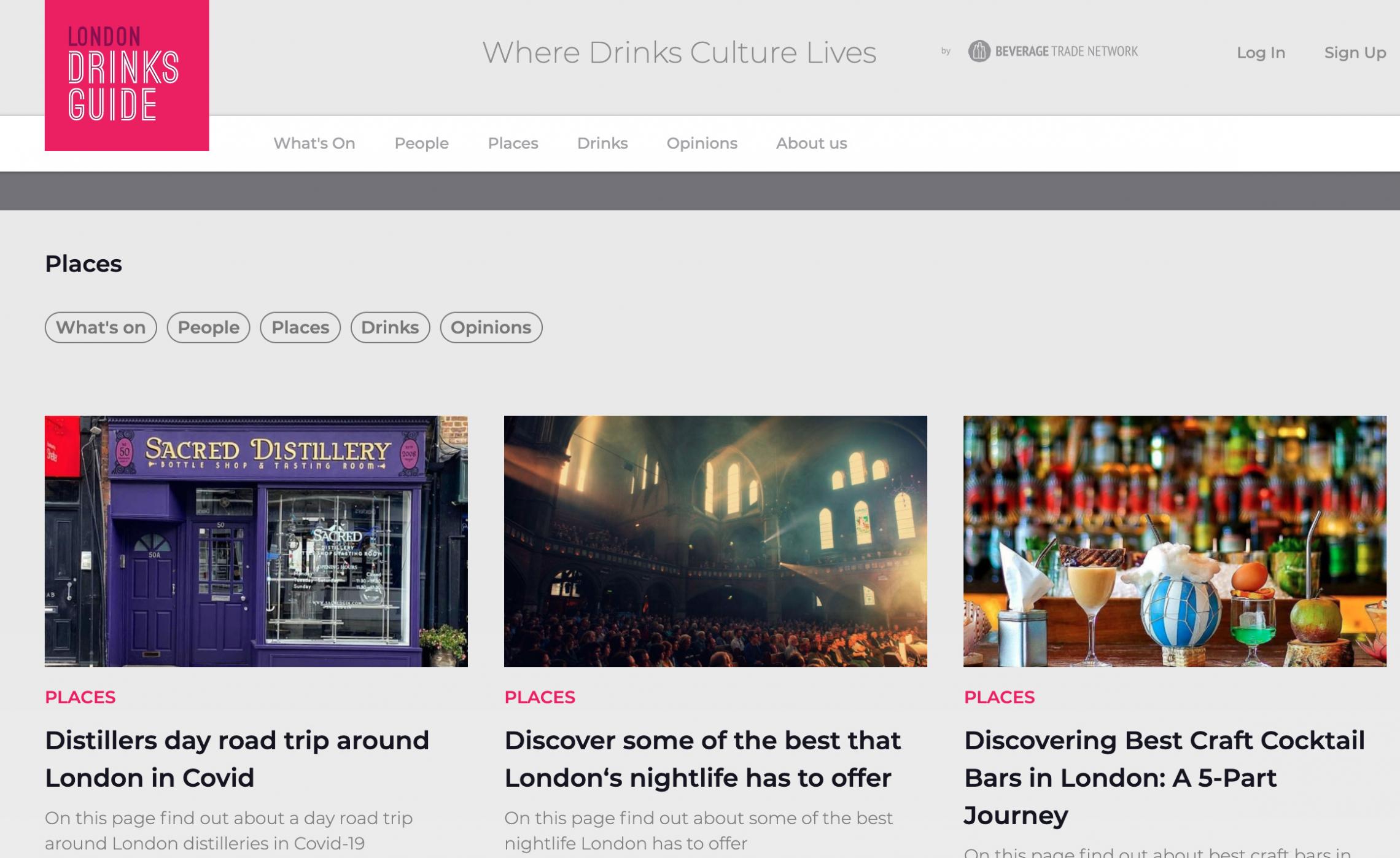 It’s why during 2020 the Beverage Trade Network, the drinks media and networking business behind the separate London Competitions for spirits, wines and beers, launched the London Drinks Guide.

This is the first dedicated online platform aimed at drinks enthusiasts, featuring the best bars in the city to go to, highlighting and reviewing the award wines in the London Spirits Competition, as well as analysing the key trends that are going to dictate what new spirits we are going to see on back bars in the future.
Sid Patel, the founder of both the London Competitions and London Drinks Guide, says they are a natural fit for each other and is excited to introduce new ideas in the months to come.

As he explains: “We constantly talk to the brand owners and distillers that enter the London Spirits Competition about how we can make the event more effective for them. The London Drinks Guide is in direct response to their needs. It gives them the showcase and the platform to talk about their brands and the key bars and restaurants where they are being sold.

“We know how interested consumers are in the drinks they buy, and want to know as much about their back story, how they are made and what they stand for.

The London Drinks Guide allows them to search for the kinds of spirits they like and discover new brands to buy and follow.”
Building a community

As the London Spirits Competition has grown it has also built up a strong community amongst both those who enter, take part in the judging and then go on to list the products that win awards.

As all the judges are working every day in the London bar scene they are able to see how the spirits they have judged then perform on the back bar.

They are also happy to share their experiences and insights on the London Spirits Competition Blog with its ever-changing mix of articles, profiles, and insights covering the latest bar and restaurant trends. As well as follow what is being said on the London Competition social media pages through @LondonComps. The final word goes to another awards winner - this time from the 2020 competition - and Ludlow Gin that won three silver and a bronze medal. 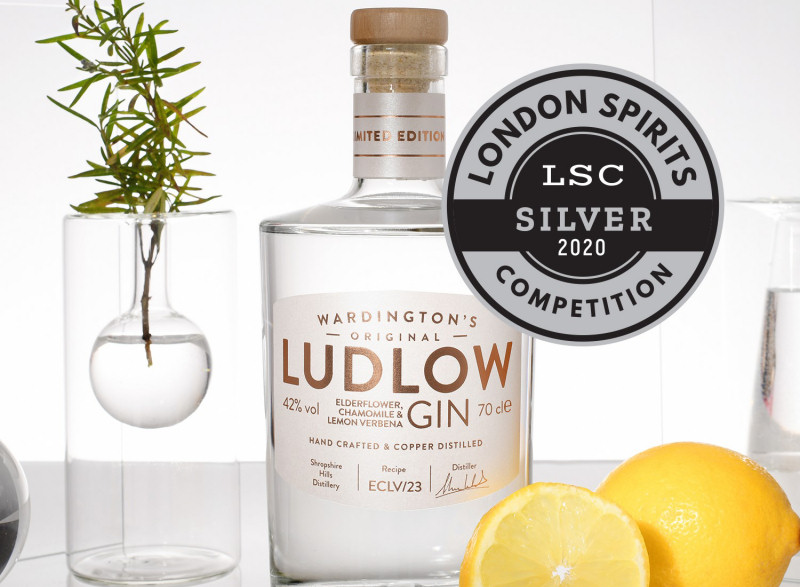 Its master distiller Shaun Ward told his local paper, Shropshire Life about what the awards meant to him: “The authority that an award from the London Spirits Competition brings, comes from the power of being judged across quality, value and appearance, the high quality of the judges and the intensely competitive product set. We are extremely delighted that our gins and liqueurs performed so well. These medals demonstrate that we are making premium spirits that bar managers and mixologists want to use and discerning drinkers will enjoy.”