The London Spirits Competition has announced >Fourth Single Pot Still as the winner of Whiskey of the Year 2021. The winners of the London Spirits Competition were announced on Monday, 12th April with Fourth Single Pot Still also taking the Best in Show award. Furthermore, Dingle Distillery was awarded Goldfor Single Malt Batch No 5 and both Dingle Vodka and Dingle Gin received Silver in their respective categories.

The London Spirits Competition recognises, champions and awards notable spirit brands, rewarding the brands that customers love and want to purchase. Brands are judged on their quality, value and appearance, highlighting their all-round value to industry trade and customers. 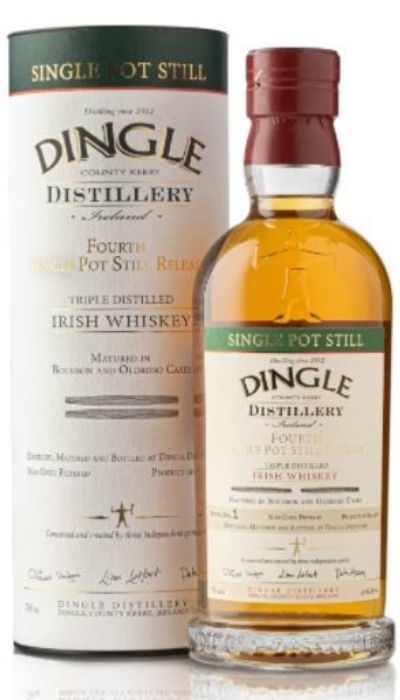 Elliot Hughes, Managing Director at Dingle Distillery, comments: “When my father OIiver Hughes and his business partners Peter Mosley and Liam LaHart filled the first casks at Dingle Distillery in December 2012, the distillery was one of the first to buck the whiskey revival trend in Ireland, part of a new generation of artisan distilling, with an ethos centred on quality.”