Fary Lochan Danish Single Malt bagged Best In Show By Country and Best Spirit of the Year By Quality at the 2020 London Spirits Competition.

The dream of making whiskey in Denmark came true with the establishment of FARY LOCHAN DESTILLERI on the 18th. December 2009. Since the establishment, the plant has been through a test and run-in phase. The first barrels at FARY LOCHAN DESTILLERI were laid in the cellar on 31 December 2009. The idea is to make a product in which traditional Scottish production is conceived. The whiskey should be at the round and soft end. The first whiskey was released on September 28, 2013. Whiskey is one of 4 that are released at 6-month intervals. In addition to whiskey, they also produce Gin, Snaps & liqueurs at the distillery. Everything is handmade at the distillery to fresh, Danish ingredients.

For several years, Jens-Erik Jørgensen had had a dream of creating whiskey that was unique in taste and quality - a Danish whiskey that should differ both in the big picture and in the very small details. He started with the details and spent his free time working on a recipe where the taste was both strong and oily. Jens-Erik, who grew up on Funen, found inspiration in the memories of the Funen smoked cheese that his mother used to smoke over fresh stinging nettles. It was with these memories that on a walk-in Farre's forest he collected some stinging nettles and took them home to smoke his malt over them. In 2009, he stood with a cask of single malt whiskey that was just unique. In the first sip he took, the smoky taste of the stinging nettles lay in the background, and around it lay an oily and powerful taste.

That tear was the start of what is today Fary Lochan. The first dish was filled and stored in the basement on December 31, 2009. 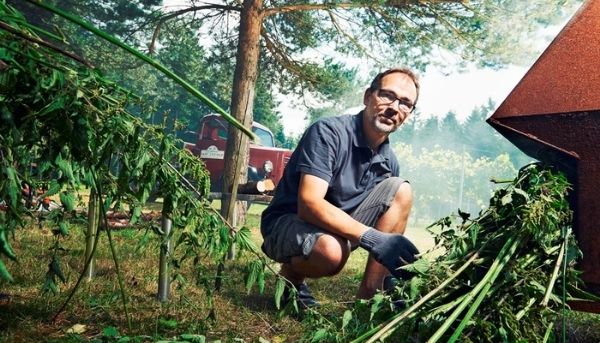 The three siblings and their mother

Today we are 3 siblings and our mother runs the distillery, and in recent years we have added more than whiskey to the production. We stick to our husband and father, Jens-Eriks, vision of the unique taste and the good quality of our whiskey. For us, the distillery is a place that binds our family together, where we meet and enjoy our traditions and approach production down to the smallest detail. This is where we talk about new visions and innovation and jointly create new initiatives and products. That is why Fary Lochan today also offers gin with local herbs, among other things. 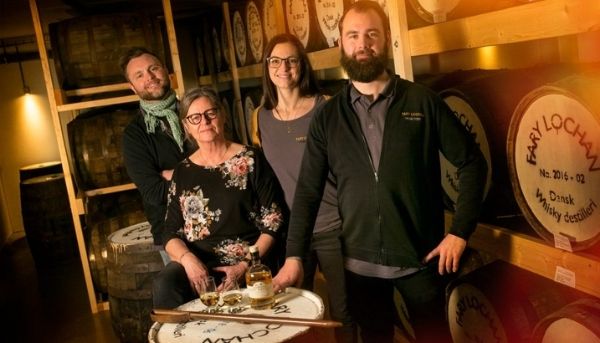 At Fary Lochan, they are proud of a small distillery, which offers experiences beyond the ordinary. During the distillery, they have dug underground passages that wind through the cellar, which store whiskey casks that contain some of Denmark's most unique quality whiskey. In their buildings above the underground passages, Scottish boilers stand and produce the unique whiskey that we produce each year in a small batch.

From the boilers, the whiskey flows on in tubes that run from department to department, connecting the entire distillery. In the nature outside our distillery is our smoke oven, which was the one Jens-Erik in his time smoked the first malt in, and which we continue to use in the production.

Fary Lochan Destilleri A/S has won many awards for their delightful Wine, Beer and Spirits including the London Spirits Competition 2020. This time Gold winner with 96 points is Fary Lochan Danish Single Malt. It also won Best In Show By Country and Best Spirit of the Year By Quality. 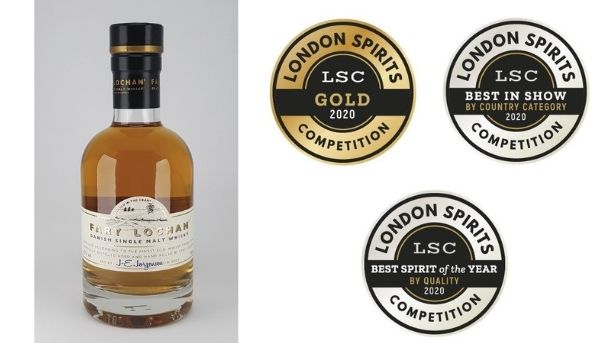 Nose: First light caramel and coffee notes. Vanilla, walnuts and dried fruits are also prominent. Mostly they are in the background, the notes do not pop out. After 20 minutes, the scent becomes even more pleasant, so let it stand for a while.

Taste: Vanilla, dried fruits, and dish are most in taste.

Conclusion: The aftertaste is medium-long, light leather and the vanilla is again prominent. The taste lingers surprisingly long in the mouth.