The results for the 2022 London Spirits Competition are out and we are pleased to announce that Best Value Spirit of the Year goes to Samuel Gelston's Single Malt Irish Whiskey, Ireland.

The London Spirits Competition is one of the leading spirits competitions that seeks to recognize and reward spirit brands that have been created to target a specific spirit drinker category. It is a competition in which each spirit is judged by quality, value for money, and packaging. This year’s competition saw 447 entries from the United Kingdom as the top entrant country, followed by 323 products from Australia and 160 from the United States. 771 Gins made Gin the top category entrant followed by Whiskey and Rum.

The judges were a wide selection of top bartenders and spirits buyers, gathered at the St Mary's Church in London’s Marylebone, sniffing, swirling, and spitting their way through a vast array of gins, vodkas, and whiskies as well as a range of more esoteric spirits. These include representatives from some of the country’s most prestigious restaurants, bars, and hotels such as the Ritz, Le Manoir, Gleneagles, the Goring, the Connaught, and Claridges.

Salvatore Calabrese, bar owner and consultant to the bar industry; Gavio Riva, floor manager at the Hoxton; Georgia Billing, head of bars at Eataly London; Diana Aladzic, head bartender at Soho House; Paolo Perrini, bartender at Claridges; Agostino Perrone, director of mixology at the Connaught Hotel; and Daniele Azzaro, bartender at Rocco Forte Hotels, are just a few of the highly regarded names who featured on the judging panel.

Ireland’s Samuel Gelston's Single Malt Irish Whiskey, with 93 points, became a proud winner in both categories — ‘Best Value Spirit of the Year’ and ‘Best in Ireland’ of the 2022 London Spirit Competition.

Samuel Gelston’s Single Malt is a versatile premium whiskey and a non-age statement single malt. It is a classic style of triple distilled Irish Malt aged in first-fill ex-bourbon casks that exemplifies Samuel Gelston’s distinctive flavour profile. With a savoury spice note coming to the fore, this expression is perfect served neat, or adding a unique character to your favourite whiskey cocktail or Irish Coffee. It is bottled at 40% ABV and is available in selected markets globally.

Halewood Artisanal Spirits owned brand, Samuel Gelston’s is an Irish Whiskey brand that was first established in 1830 by Samuel Geltson in Belfast. Upon his death the brand was sold to Harry J Neill, who expanded the business, the popularity of the whiskey and its distribution significantly.

“Bold aromas of apple on the nose with a touch of citrus which is carried to a smooth palate of more apple and pear flavours, followed by a medium fruity finish.” 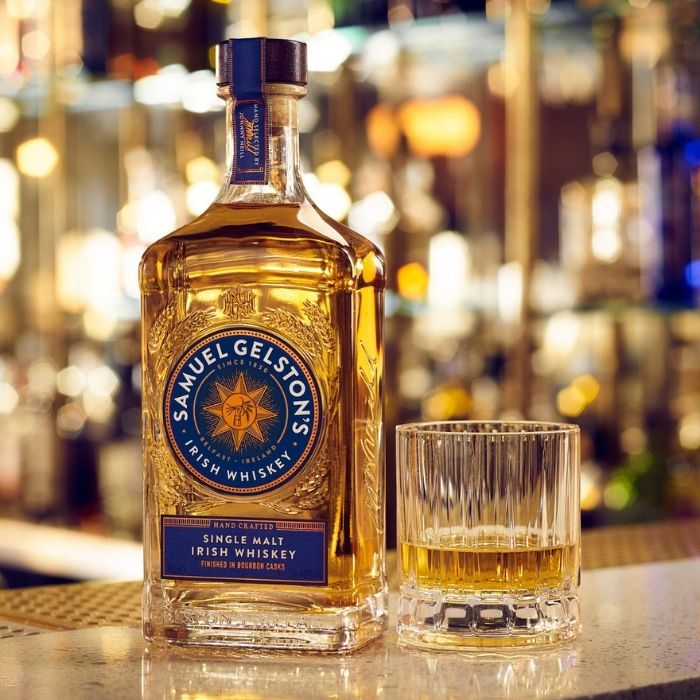 Here are the top winners of the 2022 London Spirits Competition.