The two bulls of the whiskey industry collaborated and curated a fine whiskey for the world to cherish the marriage of Bourbon and Japanese whiskey. Find out more about Legent by Beam Suntory.

Suntory, the most prominent whiskey producer from Japan bought the Jim Beam brand in 2014 for 16 billion US Dollars and this acquisition made it possible for both distinct notable whiskey markets to work under one roof. Fred Noe, the master distiller of Jim Beam decided to take advantage of this opportunity and craft a whiskey that none of his predecessors had thought of. With the history of more than 200 years of Bourbon making tradition, he decided to do something out of the box and add a hint of Japanese blending craft to the trajectory of this great American business.

He joined forces with the 5th generation chief blender Shinji Fukuyo of Chita Distillery in Japan. Founded in 1972, Chita Distillery owned by Suntory is currently the most prominent grain whiskey producer in Japan. Shinji Fukuyo is venerated for his blending and barrel selection abilities. For “Chita”- a single grain whiskey, Shinji selected sherry, bourbon and wine barrels of white and Spanish oak.

Thus, this was the best opportunity to use the classic Jim Beam bourbon and use different oak influences over it. Initially, the idea of Legent was just to experiment and suffice the passion of both these gentlemen however, this eventually became a rock-solid venture and is now a well-appreciated whiskey around the globe. Fred used his insightful expertise to make the liquid out of the grain while Shinji took this liquid and turned it into gold through his meticulous blending techniques. 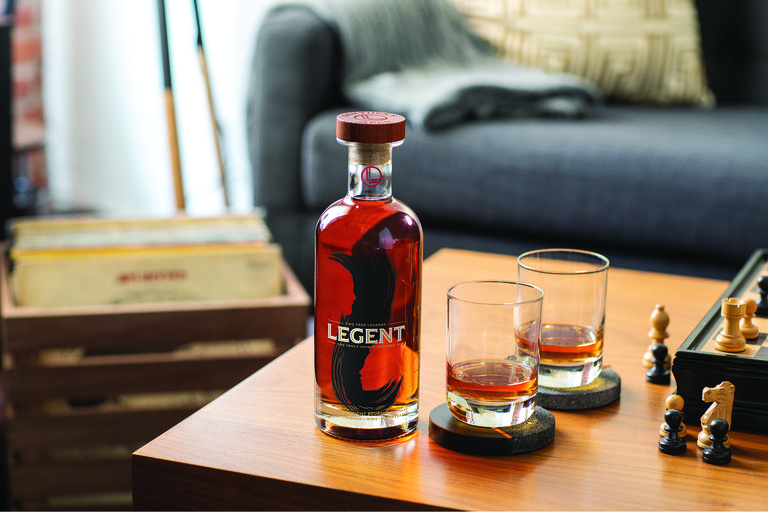 Recently, Legent won the gold medal and the “best in the show by country category” award at the 2021 London Spirits awards. This deep copper coloured whiskey with 47% ABV has tantalising aromas of almonds, brown sugar and dried fruits.

The judges consider quality, value and packaging while reviewing

Review of Legent whiskey from the 2021 London Spirits Awards

Tasting notes: A rich combination of flavours of chocolate, caramel and vanilla on the nose. Smooth mouthfeel with notes of white pepper, dark chocolate and pepper. The finish is warm thanks to the distinctive nutmeg.

When Shinji arrived in Kentucky, he was unaware of the bourbon character and had to acclimate himself with the spirits’ flavour and production process. “We don’t have the mash bills concept, and bourbon is made in a continuous still, so it’s totally different,” he said in an interview with Distiller. He underwent a vertical tasting of Fred Noes’ bourbon samples. This included freshly distilled whiskey and ones aged up to 10 years. Moreover, he learnt the maturation process of bourbon and how the climate in the USA catalysts speedier maturation. He felt the alcohol was sharp and reached his nose quicker compared to the more subtle Japanese whiskeys. He opted to use used sherry barrels to round out this alcohol reach. However, a lot of sherry can mask the authenticity of bourbon thus, the sherry barrelled whiskey constitutes the minimum percentage in the final blend. 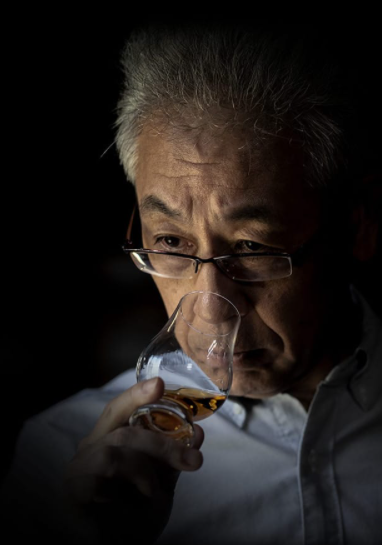 Shinji Fukuyo has travelled the world to learn the art of blending whiskey, Source: Legent

The french barrels on the other hand inculcates fruity notes and light acidity to the whiskey and instil different oak notes that traditional white oak bourbon barrels lack. 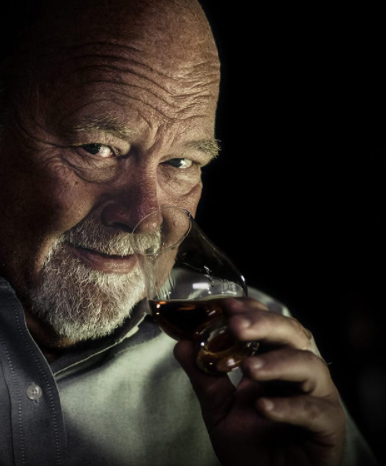 Fred on the other hand came from a completely different background. Born in 1954 into a prestigious family, his entire childhood was surrounded by his family’s desire for the art of distilling bourbon. Born in Bardstown, Kentucky the “bourbon capital of the world”, he grew up in the same house where his great grandfather Jim Beam once lived. He was announced as the master distiller in 2007 after initially starting as a supervisor of the bottling department during the night shift. Having seen the family business from the ground level and contributing to the organisation, he was inducted into the Kentucky Bourbon Hall Of Fame in 2013.  Fred decided to take upon the challenge of reinventing blended whiskeys in the USA as it was not welcomed by the American palates earlier. Thus, he took his baby steps into the world of blending and paid close attention to the details while working with Shinji. “You’ve got to continue innovating, you can’t rest on your laurels,” said Noe in an interview with Distiller. He discovered the craft of using different cask finishes and blended them cohesively into a single final spirit.

The final liquid in the bottle aptly showcases the blend of experience both the legends carry. This collaboration has opened several doors for new or established distilleries to experiment with their flagship spirits and acknowledge the craft of distilling and blending in different parts of the world.

This carefully curated blend of experience is seen in the bottle and the opportunity it proposes to upcoming distillers and blenders has opened a wide spectrum for collaboration.