Read more about his growing interest in the Asian Traditional Spirits

Celso Amor is a creative and expert bartender, that decided to move to Spain in order to increase his ability and knowledge of cocktail industry; here, he worked at Purple Rain Lounge as head bartender. However, Celso has worked in the hospitality industry since he was 18. "I recently moved back to Scotland and I´m currently in the process to been hired as head bartender by The Gleneagles Hotel based in Edinburgh."

He started his career in hospitality as a barback at Casino Hotel in Marbella, then he grew up passing through different luxury restaurants and hotels as ; Back!  Marbella , Waldorf Astoria Edinburgh or Radisson Collection Edinburgh. In some of those places he had the opportunity to develop his own cocktail menus. Here, Celso had the opportunity to deepen his knowledge about cocktail recipes and the techniques used to create new recipes to satisfy the needs of the customers. 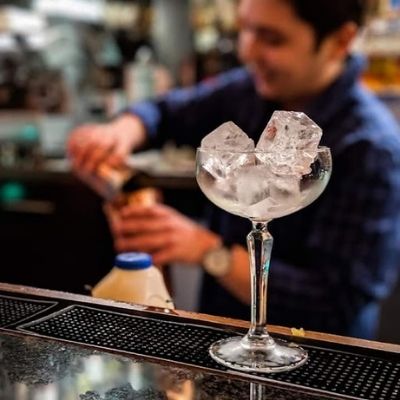 In frame : Celso Amor behind the bar

The growing interest in the Asian traditional spirits

As many other judges, Celso Amor started to be interested in the growing Asian spirits industry, not limiting to the popular Sake tradition and styles. He developed a deep-knowledge in niche products like Imo and Mugi Shoshu, Umeshu, Soju, Awamori or Baijiu.

All these interests increased during the 2020 lockdown in which Celso and his girlfriend had the time to do a lot of blind tastings: this activity helped him to recognize all the different flavors found in spirits, making him able to create new perfectly balanced cocktail recipes.

Celso used to work mainly during weekends, when most people go out for a gourmet dinner and a party night; the other days are all spent to deepen the spirit industry knowledge and to test new cocktail recipes for his customers. One of the most interesting works that Celso managed consists in creating new recipes using Asian products, just like Imo and Mugi Shoshu. 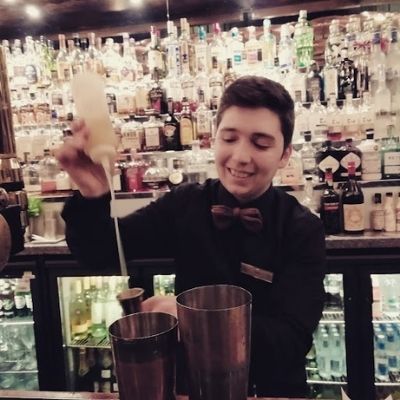 Judge for the London Spirits Competition 2022

Celso Amor is one of the judges of London Spirits Competition 2022, one of the most important competitions in the spirits industry all around the world. During the interview, he told us: “As many bartenders, Erik Lorincz has been an inspiration for me. Spanish bartenders as Jose Antonio Naranjo or Luca Corradini who is based in Spain. Another important one has been Salvatore Calabrese who will be with us during London Spirits Competition.”.

Celso thinks that the packaging and the bottle shape are two key features for the success of a spirits, together with the strength of the brand; the aroma profile and the balance suddenly are not so important for the final customer. That’s why Celso gives a particular attention to the appearance of the bottle when judging a product.

We thank Celso Amor for the interview wishing him the best for his career and his goals. He started his career as a standard bartender and then he moved to Spain to discover new techniques and new products from all around the world. He continues to look forward to see what the brands have to bring us to innovate the market and to reach new customer segments.